Essien puts Blues back on Track 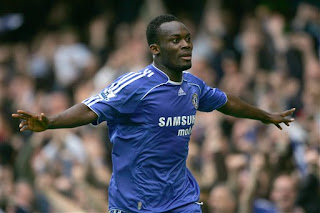 The match was a extremely dull affair with neither side creating chances to score.We had lots of possession but lacked quality in the final third and as a result of which one of the usual Jose Mourinho kind of victories.Anelka and Joe Cole were very very poor and that showed because Joe Cole is the one who usually provides with some entertainment.

In the business end of the season and winning is more important than anything.
Lets hope that Blackburn rovers who play Manchester United on Saturday
do us a favour and haul us back into the title race.