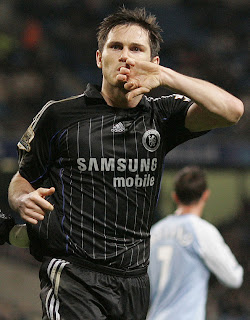 Chelsea go into the game needing all the three points if they are to keep their slim chance of the title.It is expected that both Frank Lampard and Didier Drogba will both miss today’s match.Lampard due to his mom’s illness and drogba due to a niggling knee injury.Anelka is expected to lead the attack supported by Joe Cole and Saloman Kalou.

The Everton lineup is somewhat weakened by the absence of Mikeal arteta and Leon Osman due to injuries.Everton have been in poor form lately ever since the injury of their influential midfielder Tim Cahill.Yakubu and Andy Johnson are expected to lead the attack.

A win for Chelsea today means that the gap at the top of the table is reduced to just two points and if Manchester united slip at the weekend then the title race is wide open again.