Rijkaard at the bridge? 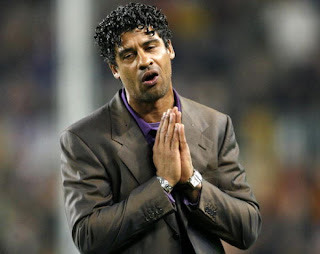 With Avram Grant coming under intense pressure at the moment it is interesting to see which manager will be likely to replace him at the bridge.

Rijkaard is himself under pressure at Barcelona, despite leading the club to the Champions League semi-finals this season – where they are joined by Chelsea.Former Chelsea winger Pat Nevin believes that former Stamford Bridge striker Gianfranco Zola would be another leading contender – if Grant leaves at the end of the season.And the Scot has a suspicion that long-serving assistant manager Steve Clarke is likely to leave Stamford Bridge if Grant remains at the London club.