in Miscellaneous April 27, 2008 Comments Off on United Lose their cool 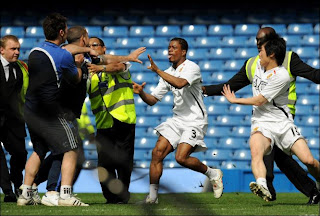 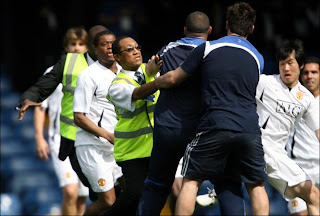 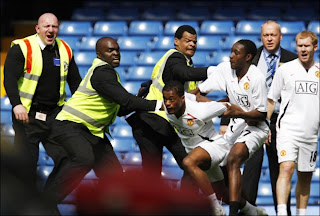 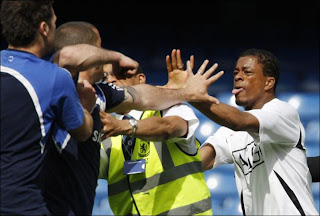 These are the pictures of Manchester United players Evra, Scholes, O’Shea, Park all involved in a fight with the Chelsea groundsmen..! Groundsmen ? Yes, Apparently what happened after the match was that the united players were warming down after the match. When they were nearing their completion one of the Chelsea groundsmen came and asked them to get off the pitch. When they refused a fight broke.

Remember before this match they have not won a match since their 1-0 win over Roma in the Champions League. Their last win in the premier league was against Aston Villa way back on the 29th of March.

Are United beginning to lose their cool ?