in Transfer News May 6, 2008 Comments Off on A.C Milan accept Drogba defeat 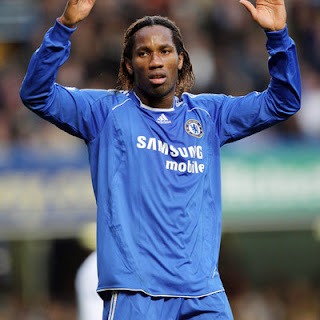 Drogba looks set to stay after all

A.C Milan have confirmed that it will be very difficult to lure Drogba to San Siro next season. Milan sporting director Ariedo Braida has said thus about drogba

“Drogba is a very interesting player that many clubs would want to have but he is under contract at Chelsea and I believe he will remain at Chelsea next season.”

A.C Milan including other host of Europe’s top clubs like Barcelona, Inter Milan, Real Madrid were interested in Drogba but the Striker who has been playing well recently seems to have made up his mind against a move at the moment. It will be interesting to see where our former manager Jose Mourinho would take up his next job at. Because if he tables an official bid then Drogba is the kind of person who changes his mind too often. Its is better that we keep him, but even if he goes i won’t be worried either because he is 30 now and is not going to get any better. We can use that money to bring in a young striker.