in Transfer News May 14, 2008 Comments Off on Drogba’s Milan dream 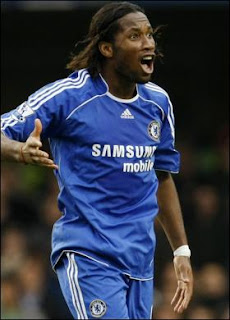 Here he goes again. Drogba is certainly on of the best strikers in the world, but when it comes to keeping his mouth shut he is certainly not one of the guys you can trust. Just a week before the Champions League final, the striker comes and confesses that there is only one club in the world that he would like to play for, A.C Milan. He has also revealed that he had a secret meeting with them two years ago even when Mourinho was in charge.

Drogba said: “All footballers dream of signing for AC Milan. I explained to Paolo Maldini that Milan is a club I would love to join.”

Owner Roman Abramovich and Chief Executive Peter Kenyon surely won’t be tolerating such talks in the public. The Champions league final in Moscow on 21st May looks certain to be Drogba’s last game for the Blues. Only a few days ago Milan stated that they have lost the race to sign the striker, but with Drogba you never know what is going to happen.