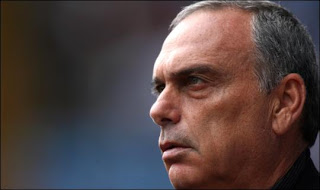 Grant’s fairy stale story as Chelsea manager is over, as the club today confirmed that they have decided to end his contract with immediate effect. He wasn’t the right man for the job in the first place. It can be rightly called as a hasty decision, more like Steve Mclaren’s appointment as England manager. Yes, he has taken the title race to the wire, guided Chelsea to the first ever Champions League final appearance, but at the end of the day, when so much money has been invested it is not about finishing second or the way you finish second. Its about winning trophies. And at the end of the day, Grant has WON NOTHING. I believe that this was what ultimately convinced Roman Abramovich and Peter Kenyon to sack him after only eight months of his appointment.

Grant will be having no worries about this because he had nothing to lose. No reputation, No CV etc. We could have won three trophies easily this season if it was not due to his tactical inadequacies. The Carling Cup final against Tottenham where he played the players out of position and ended up losing, against Aston Villa, Tottenham, Everton, Wigan in the league were he failed to kill off the games only for it to come back to haunt. The list goes on. In the end, he was totally a wrong choice. But I give him credit for atleast stablizing what seemed like a very bad season and turned it into a fair one.

Lets hope that the Kenyon and Abramovich learn from their mistakes and bring in someone who has the potential and CV to manage a big club like Chelsea. Possible name mentioned are Frank Rijkaard, Guus Hiddink, Sven Goran Eriksson. I would love to see Frank Rijkaard for the wonderful football he brings with him.