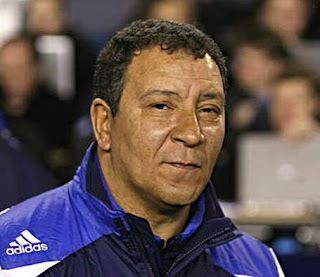 Henk Ten Cate, the assistant manager has been sacked. The club website has confirmed that his contract will be terminated immediately. He is sacked after joining the club in October, 2007. It seems like no one can ever predict what is going on at the club right now because, I believe that Peter Kenyon, the Chief Executive has lost his mind. Back in September he and the owner choose to appoint an unknown guy called Avram Grant to one of the biggest jobs in world football and then pays a compensation to get the services of Ten Cate, who was at Ajax. Kenyon said at that time that Grant is the man to take us forward, blah, blah, blah. After eight months, two cup final appearances and a second place finish, he thinks that Grant is not the right man for the job. Grant gets a cool $10m pay off for his eight month work.

A week before, Ten Cate said that his position at the club was safe and that he had received assurances from Kenyon that he will remain in the job. Today he is sacked. I am not saying that Ten Cate is the best manager or assistant coach in the world so that we must be worried of his departure. If he is not the right man, then why appoint him in the first place. Is Kenyon trying to turn us into, The Real Madrid of England ?.