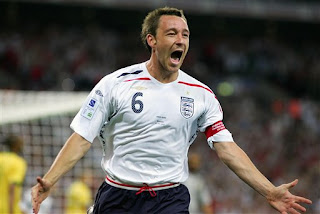 How fitting it was for John Terry, Captain of his country on the night and exactly seven days after missing the crucial penalty in the CL final, to score the first goal of the match against USA in Wembley. It was another flawless performance from him, as England manager Fabio Capello was very impressed with his performance. JT, scored from another David Beckham free kick on 38th minute. He said that he dedicated his goal to all Chelsea fans. To come back strongly from such a disappointment and put in a performance like that, I think that this is what makes him such a great character. A real leader on and off the pitch who always gives 100% and will throw his body in the line to help the team.