in Manager News June 3, 2008 Comments Off on Ancelotti deal agreed 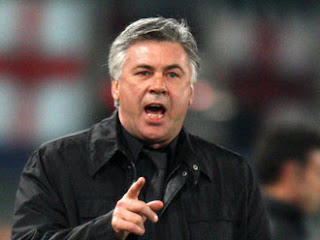 In a remarkable turn around, Sky News says that Chelsea have agreed personal terms with the current AC Milan manager, Carlo Ancelotti. The only major thing remaining is reaching a settlement over the amount of compensation to be paid to the Milan Club. This would not be a major stumbling block because when the billionaire owner, Roman Abramovich has decided that he wants something, he gets it. This comes as a huge surprise to me, because only days before Milan released a statement that they won’t release Ancelotti, but anything can happen in football.

So, finally after weeks of speculation, its a man with a pedigree of winning the Champions League twice in seven years. Coming from Milan, hope that he doesn’t become an another Andrei Shevchenko. To be honest, I don’t quite like him. He relies too much on old players and you’ll see us buying players who are over 32, unless Roman interferes and changes his policy.

UPDATE: Chelsea and Ancelotti have denied that they have agreed upon a deal and the saga continues.