in Transfer News June 15, 2008 Comments Off on Big money transfers in line 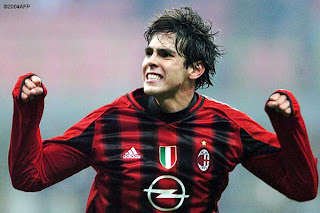 This summer could be one of the interesting ones after the summer of 2004 when Roman Abramovich arrived. Scolari’s appointment has been followed by the news that there will be a £100 million transfer budget. That is one juicy transfer budget to get at your first season in a European Club. There are a lot of superstars being mentioned at the moment with the top of the list being the wonderful Brazilian, Kaka. Prices mentioned are at around £60m, though I think that no one is worth that kind of amount. Others mentioned are Torres for a cool £50m, Robinho for another £30m, Quaresma for £25m, Frank Ribery for £31m. I know that probably doesn’t add to £100m but we aren’t going to sign every player we are after, are we ? Maybe one or two will miss out. But one sure arrival can be counted in the form of Deco who can be made available for £10m because of his excellent relationship with Scolari.

Personally I wouldn’t like Deco arriving at Stamford Bridge because that would mean the departure of Frank Lampard, for which I’ll be truly truly gutted. Lampard has scored 20 goals in around 40 games !! What more do you want from a central midfielder ? He was the top scorer for the club last season.

In my opinion players should be brought to suit the formation and not the other way round. We have the best players for the central midfield position which other clubs can dream of in Ballack, Lampard, Essien, Mikel and even though aging, Makelele. Why do you need to strengthen that position more by buying Kaka and Deco for nearly £70m. Wide positions and strikers are area of concern and my choices of buy would be Ribery, Torres and Villa.

Do you agree with my choices, if you don’t then why don’t you voice your ideas by posting in the comments.