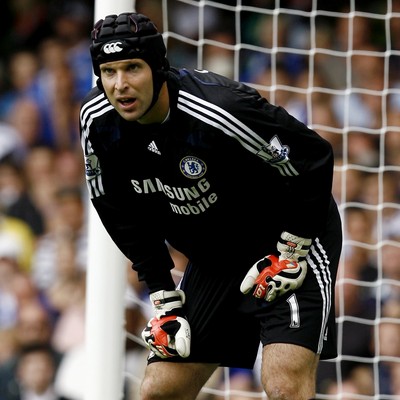 He has not been the same after the skull injury, hasn’t he ? It is disappointing to see a Chelsea player, one of the best goalkeepers in the business do a mistake like it and cost his side a quarterfinal place. Usually rock solid in between the sticks, Cech is making errors like this which are costing his team very bad more often. Remember the one against Aston Villa when he let in a very simple goal from a very tame shot from Maloney. Yesterday he went for a cross from Altintop and spilled it right to Nihat. There can be many quoted, but I am not going to point them out. He is a fantastic goalkeeper and will always be one. Hoping that he comes back stonger than ever next season.

He is the first Chelsea player to go out of the tournament. The Czech’s lost 3-2 in an incredible match. Even though I don’t support the Czech’s I felt truly gutted when Nihat scored the winning goal because Cech is such a nice bloke and you wouldn’t want bad things happening to such a guy.Portugal lost 2-0 to the Swiss in which only Ferreira played.

Before the Dutch totally outclassed and outplayed the French, defeating them 4-1. Makelele and Malouda played while Anelka came on replacing Malouda. The Dutch have now beaten both the world cup finalists by a three goal margin. Are we looking at a new favourites here ? If they play like this then they are sure to win the tournament quite comfortably. Don’t believe me or thinking I am exaggerating too much ? Just watch their matches against the Italians and French I you can get a repeat of it or wait till they play Romania.