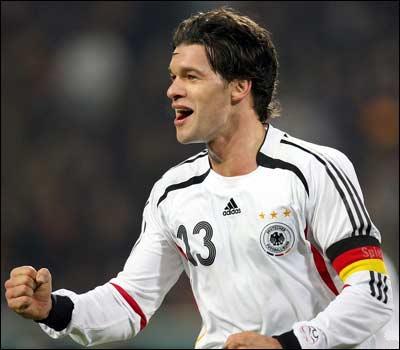 The semi finals of Euro 2008 are over and its Germany and Spain who fight it out in the final this Sunday. Germany overcame Turkey with a dose of their own medicine. A late goal. But Turkey would have to consider themselves very unlucky after having the best chances and possession in the match. With Turkey having only fourteen players available for the match, the Germans looked over confident and relaxed. They didn’t press the opponent as much as they should have. They rode their luck and finally with 30 seconds to go before the final whistle Lahm scored the winner. The Turks were broken and you could see it in their faces.

Meanwhile Spain overcame Guus Hiddink’s Russia to enter the finals. They deserved it on the night because for some reason or the other Russia were incredibly poor compared to their recent performances. They had one shot on goal all night and that was too off target. Spain on the other hand enjoyed everything, possession, chances and so on. Xavi, Guiza and Silva scored for them.

And on the final, I think that if Germany played like they did against Turkey then they have not got a single chance against a very good attacking side like Spain. But if they manage to raise their game like Ballack does for Chelsea then they have got a good chance. Germany to win the final 2-1 after extra time.

And over at Chelsea FC, there are only a few days remaining before Scolari takes over at Stamford Bridge. I am waiting to see the signings he makes. Will he keep hold of Lampard and Drogba ? Will Deco come on massive wages and fail miserable ?