Get ready for Jose raid 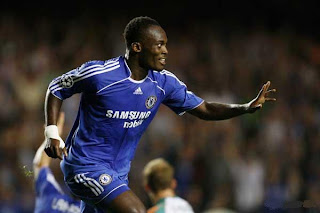 Its official. Jose Mourinho has taken over at Inter Milan on a three year contract. Of course it has nothing to do with Chelsea FC except the small matter of him taking stars like Drogba, Lampard and Essien with him. And possibly Carvalho too. That is the spine of the team that I am talking about. Whenever the spine of a club is ripped out, it is never easy to replace them no matter how much money you’ve got. I won’t mind Drogba going but I can’t imagine Lampard and Essien going. Yes, Lampard is 30 but it is always great to have a player like him in the team. He still has two or three left in him at the top. When Essien is not playing in midfield there is always a drive, a muscle, a force that seems to be missing. I hope that Drogba goes and both Lampard and Essien stay.

I don’t know what the board are still doing without appointing a new coach. When these players are not sure about who is going to coach them next season, they will for sure look for some safe option like linking back with Jose. They had reportedly asked AC Milan, the permission to speak to their coach, Carlo Ancelotti. The board and the owner are probably thinking that they must not make the same mistake, like their hasty decision in appointing Grant. But this time around they are in the other extreme, taking an age to appoint one. Some decision has to be taken quickly in order to at least get the transfer targets or we’ll probably lose them to someone else.

And Euro2008 is starting on 7th June, going all the way to the 29th. I’ll be putting up regular updates of Chelsea players performance in the matches that they play.

So be sure to come back and check for updates.