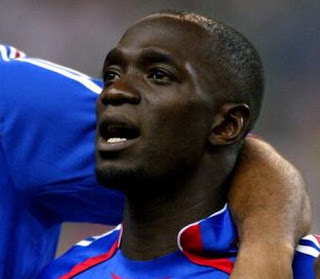 Makelele played in his last international game for the French national side against Italy, a game in which they lost 2-0. Only Makelele started while Anelka and Malouda were on the bench. The French should consider themselves really unlucky for losing the game and eventually losing the game because they had Ribery injured within the opening 10 minutes, had a penalty awarded and red card for defender Eric Abidal. Italy had loads and loads of chances and if Toni had scored with each of his chances then he could have probably scored 15 goals in 3 matches !! How a clinical striker like him miss so many chances is beyond imagination. Goals from Pirlo and De Rossi and a similar win for the Dutch made sure that Italy go through. Just a few days ago had Mutu scored the penalty then it would have been all over by then. But that is football. So Italy meet Spain in the Quarterfinals.

In Group B it was the tournament favourites Germany who went through thanks to a superb free kick from our very own, Micheal Ballack. His stunning 30 yard strike was the moment of the match and it will probably be in the contention for the goal of the tournament. But they could manage only 2nd place in the group, as a result of which they’ll face Scolari’s Portugal in the Quarterfinals.

So by the end of the Quarterfinals we can see surely two tournaments big guns going out. I predicted before the start of the tournament that it will be a Italy or Germany final. I still think Italy have got what it takes to beat Spain because they create loads of chances, but in regards to Germany though I am sceptical. They struggle to create chances, and even if they do the impressive Gomez is always there to miss from 2 yards out !!!