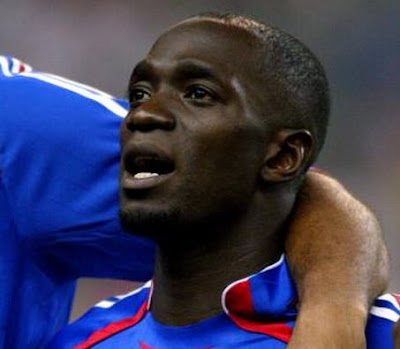 Claude Makelele leaves Chelsea FC after five years and 217 games to Paris St Germain on a free transfer. The news was widely expected as there were reports of him taking medicals at PSG. He becomes the first player to leave Stamford Bridge after Scolari’s arrival. He joined us for £16.8m in 2003 from Real Madrid and helped us achieve huge success in many trophies, the most important of which were the two league titles. He should have also won the Champions League for the second time in his career had it been not for the penalty miss by John Terry. But he can leave the club with his head held high after what he has achieved in his five years.

There is now a reason to overcome this sadness because of the fact that Petr Cech has now signed a new five year contract which will keep him with the club till 2013. He is one of the best keepers in the world, if not the best and its a real delight that he has chosen to sign the contract because he had only two years remaining on his previous contract. He was linked with major clubs in May but now he seems to be staying for years to come.

Micheal Essien look to be the next person to be awarded a new contract. Even though he signed a five year contract only 15 months ago the club are refusing to lose him to Inter Milan. Jose Mourinho is a huge admirer of Essien and was thought to be interested in the player. Though Essien has not signed any papers yet, he has agreed on a new five year contract worth £20 m. He has been one of the best consistent performers since his £24 m move from Lyon and it is also nice to know that he is staying for many more years.