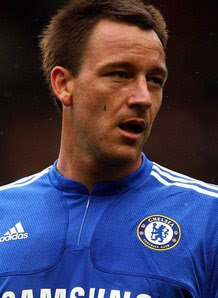 Losing a club’s talisman can never be good for any club, especially in the case of John Terry when he still has plenty of years ahead of him. Hence the decision of the club to come out and say that selling John Terry was out of the question is good for everybody. Tevez has come out and said that he wants Terry to join him at City. Hughes has
said that Terry needs a new challenge and to fulfil that he needs to join Manchester City. So what will be Terry’s new challenge that Mark Hughes has been speaking about. Well, it is about finishing in the top half of the table and if possible get a Europa League place by qualifying through the Fair Play system like they did two years ago or maybe winning the Champions League or the Premier League with Carlo Ancelotti at the helm. Anyone who is not motivated by money will clearly choose the latter, especially with the world cup coming next year. You don’t want to be in a mid table side when it comes to making the squad.

Robinho has said that Tevez was correct in choosing City instead of Chelsea because he did it so. This is the guy who actually did not know what club he signed for when he said that he was delighted to be signing for Chelsea when he had actually joined City last summer. So should Chelsea fans be worried aboutTevez not joining Chelsea ? We did not actually need him and even if he had signed there will be doubts over whether he is actually worth the £26 million fee and huge wages of £150,000 per week.

Nemanja Matic is close to joining the blues for around £5 million. A giant at nearly 6’5 and at 20 years of age he is someone who on paper can settle quite well in the Premier League. Whether he is a long term signing or just a stop gap just to fill in during the African Cup of Nations remains to be seen because he is not a player who has been linked with Real Madrid, Barcelona and AC Milan but with Spurs,Middlesbrough and Sunderland.

The situation around Deco and Carvalho seems to have cooled off a bit with Inter Milan saying that the price was too much for them. So it seems they will be staying at the bridge for sometime at the least.