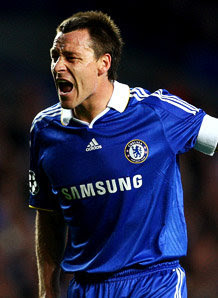 In the latest transfer news of today, it seems that Manchester city won’t sleep without signing our captain John Terry. A Chelsea statement has confirmed that we have rejected a formal bid for Terry. This is actually the second time they are bidding for our captain after an approach was rejected in January. So are you worried ? I am not. That is simply
because Terry will never leave the club he has grown into. A true legend who simply puts his body to help the team’s cause. But the simply fact that we are spending less and less every season and that so far we had not made a summer signing until we wrapped up the free transfer of Ross Turnbull recently will make Terry to sit up and just take a look at the offer even though he will not actually be thinking of leaving.

To see the likes of Real Madrid blow out £150 millions just like that in a matter of few weeks and City signing Santa Cruz, Gareth Barry and being further linked with Tevez, Eto’o must have been frustrating for him as it is for us. Loyalty has decreased so much in football that sometimes you wonder if there is any left. Just take the example of Kaka’. Both him and AC Milan often give interviews stating as how they love each other and that Kaka’ would finish his career there. But Milan consider an offer from Manchester City in January and suddenly the bond is broken and Kaka leaves for Madrid after less than six months. Hence I am confident but certainly not hundred percent. 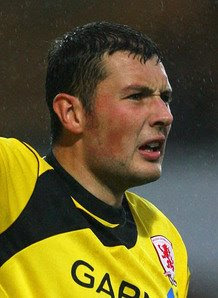 Ross Turnbull has become our first summer signing of 2009 and the first of the Ancelotti reign. I have to say that I am pretty happy with the business we have made as Turnbull comes on a free transfer. And at 24 years of age he still has lots to offer to us. May well become another Cudicini and spend a decade like him. His 6’4 frame is just short of our own giant Petr Cech. I have seen him playing for Middlesbrough and he looks to be a very good shot stopper although I have to admit that I am not a fan of his judgement in coming for crosses. But he’ll benefit from having one of the ‘Best goalkeepers in the world’ beside him to help him.