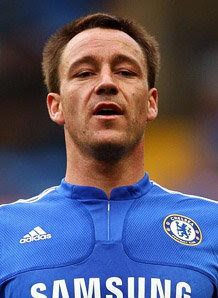 John Terry has signed a new five year deal which will run until the end of 2013/2014 season effectively keeping Terry for the rest of his career at Stamford Bridge. This comes after a summer long interest from Manchester City who were willing to pay up to £32 million for the England captain. The new deal makes John Terry the highest paid player at the club earning a reported £160,000 a week which is more than Lampard at £141,000 and Ballack at £120,000 a week respectively.

Andriy Shevchenko, the club’s record signing meanwhile has left Chelsea to join Ukrainian side Dynamo Kiev on a free transfer. Shevchenko had one year remaining on his contract but after talks with Ancelotti who failed to guarantee him first team football it has seen him return to the club he left to join AC Milan 10 years ago. Shevchenko and the club had agreed to terminate his contract with mutual consent.

While his Chelsea career may have not been that great, he is a player of outstanding quality and was one of Europe’s feared strikers at the peak of his career. Some of the goals such as one against Tottenham in the FA cup he scored for Chelsea underline his quality. Instead of saying that he didn’t settle at Chelsea properly it can be said that he was not utilized properly. Some of the best games for the club was when he was playing with a strike partner. It is a disappointment to see him go especially knowing that Ancelotti will be losing two of the four strikers for the African Cup of Nations in January which leaves Chelsea short of strike force during a important stage in the season.