Delighted by the start

in Premier League August 26, 2009 Comments Off on Delighted by the start 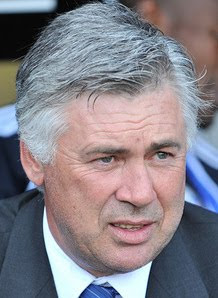 Three wins out of three for new boss Carlo Ancelotti signals a perfect start to the 2009/10 season. A new formation and new thoughts have certainly got us going but there has to be a caution to the wind after what happened last season with Scolari. Although it has to be said that under the Brazilian we were good even in the early parts of last season only when we scored first. The team lacked character and ideas. That is not the case now though.
We have already fell behind in three of the four matches we have played including the Community Shield and we have won all (Community shield match counts as a win even though it is on penalties). This shows the incredible character Carlo has managed to instill within the team. Our 3-1 win, away at Sunderland is one of the best matches I have seen Chelsea play. The movements, passing and chances created were absolutely world class. On contrast our away win at Fulham was not the best but we were very effective and did not give anything away. All good signs for the future and long may it continue.

The good start for us is made even better by the losses to Liverpool and Manchester United and it would be made even better if Arsenal lose to United this weekend. Liverpool have already lost two games, the same total number of games that they managed to lose during the whole of last season. But it is too early to write any teams off for the title because in the early weeks of the season it is just about getting points on the board. But it is nice to be leading Liverpool by six points at this stage.

When it comes to putting points on the board our upcoming fixtures are certainly helpful at that. After Burnley this weekend, we face Stoke and Wigan, both of which are winnable. The next four week fixtures are completed by Tottenham at home and the big one with Liverpool on October 4th. Going into the Liverpool match with another four wins in the bag would be great.