in Transfer News September 6, 2009 Comments Off on Chelsea Transfer Ban 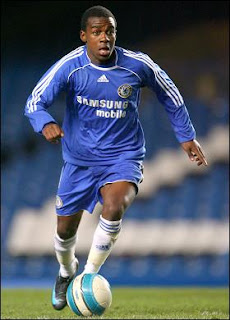 Chelsea have been sensationally banned from signing new players until January 2011 after being found guilty of tapping up the reserve team sensation Gael Kakuta from Lens when he was 16 year old player under contract with Lens. Chelsea are the next big club after AS Roma were banned for a transfer window for poaching Mexes
from Auxerre in 2004. But Mexes was over the age of 18 at the time of transfer and therefore deserved to get a one transfer window ban for tapping up. But for the transfer of a 16 year old does a two window or a one year ban makes sense ? Further there are several clubs which sign players in large numbers under the age of 18 for a nominal fee go unpunished. The best cases so far are against Manchester United getting Federico Macheda from Lazio in similar fashion and the biggest of them all, Cesc Fabregas from Barcelona when he was also 16.

What does FIFA does against them ? They pay a fine, in the case of Arsenal or just forget it, in the case of Manchester United. But to get a one year ban for signing who is now basically a reserve team player is just not fair. That was the case with Chelsea when the club paid a fee of £5 million for Leeds United pair, Micheal Woods and Tom Taiwo. Chelsea have released a statement saying that they will mount the highest possible appeal in the Court of Arbitration for Sport (Cas), who will freeze the ban while the case is under investigation. So there is still possibility that we will be able to get players in during January.

So what does the ban actually mean for Chelsea ? The Club failed to bring in any big names during the summer transfer window, even though they have done well to keep the current stars on board. But with Drogba, Lampard , Ballack, Deco , Anelka , Carvalho all above 30, can the current squad cope for a year without fresh faces remains to be seen. The ban though can be regarded in positive manner because it can lead to some players from the academy coming through, the last of which was John Terry. There are quite a good number of players in the reserves such as Sinclair , Di Santo , Hutchinson and not to mention Gael Kakuta himself.