in Match Preview September 21, 2009 Comments Off on Chelsea vs Tottenham 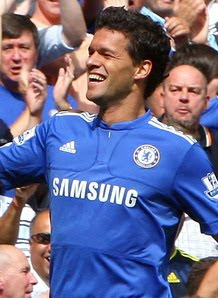 A massive Derby and a massive win for Carlo Ancelotti’s Chelsea to maintain the blues 100% start to the season and setting a new club record for straight number of wins. Chelsea were excellent in all areas of the pitch even though there
were some defensive lapses early on in the first half when Cech had to at his best to make saves from current hot-shot of the premier league Jermain Defoe, and Huddlestone. Jenas just missed the target with a good effort. These early chances for Tottenham were the wake up call for the team and Chelsea responded through Jose Bosingwa who saw his superb shot strike the crossbar. Had it gone in, it would have left a red-face Carlo Cudicini, coming back to the bridge after leaving for Tottenham last January having served nearly ten years at the club.

After about half an hour or so there was a shift in the quality of Chelsea’s play and passing. The team started to cross more but due to some great defensive work by King and Bassong, Drogba was kept quiet. But they couldn’t stop one of the smallest men on the pitch from scoring. Ashley Cole got on the end of a Drogba cross to nod the ball home thus ending Spurs resistance.

The big talking of the match came early in the second half when Robbie Keane was tripped in the area by Carvalho for a clear penalty which was not given by Howard Webb. Even though Spurs can claim injustice in it, they were quite lucky when Corluka pushed Ballack when he was just about to head the ball home before the Keane incident. In face of it, the two incidents even out. Spurs conceded minutes after the penalty incident with Lampard pulling the ball back after a Drogba shot was parried away by Cudicini for Ballack to smother it home. Drogba then scored a lucky third for Chelsea to complete the rout.

The huge negative for Chelsea out of this game must be Drogba’s injury. It looked worse as he had to stretchered off with nearly 10 minutes to go. Ancelotti must be hoping that it is not serious as it first looked as with the home game against Liverpool looming a fit Drogba is essential if we are to maintain the 100% start to the season. Next up it is the local derby against QPR in the Carling Cup and Wigan in the premier league followed by the big one against Liverpool on October 4th.