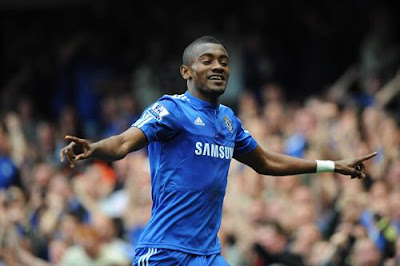 What a magnificent win. I may have said that a few times this season as we have scored 7 goals against three teams this season. One of the big problems in our defeat against Spurs is that we didn’t start the game well. That was probably down to the Manchester United result. But against Stoke there were no signs of that problem probably because there was more time for the United’s win against Tottenham to sink in. In a way it actually helped Chelsea to produce this kind of performance.

This game does our goal difference a world of good and more than anything else sends out a statement to the teams in the premier league. Chelsea’s play this season has been very good in general. But the times
when we have struggled have been mainly due to our poor tempo. Players take more than two or three touches when there is no movement ahead of them and this in turn makes it easy for teams to defend against us. Ancelotti seems to have stressed that point and the players moved the ball much faster. There was a lot of movement by the front players especially.

Chelsea came out of the blocks much quicker and it was magnificent play in the first half. Stoke couldn’t get the ball for most periods and it was not a big surprise that Chelsea opened the scoring. A superb bit of play by Drogba showed to the critics why he should win the ‘PFA player of the year’ award. A high ball is played by Malouda to the edge of the penalty box and instead of controlling the ball with his chest Drogba flicks it around and crosses it immediately for Kalou to score only his second goal in the premier league. Kalou then tapped in after Sorensen palmed away a Lampard shot breaking his elbow in the process. Lampard then converted a penalty after Kalou was felled in the box. 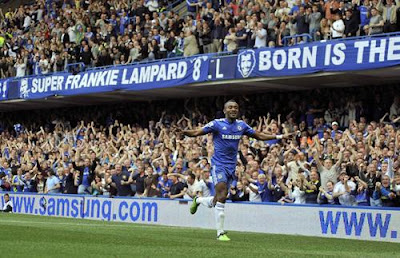 In the second half Chelsea took some time to get going again but once they did nothing could stop them. Kalou completed his hat trick. Hutchinson who came on for Ferreira provided a superb cross for Lampard to get his second of the game with a brilliant finish. Sturridge came on as a substitute and scored his first premier league goal. Malouda then added the icing on the cake by adding the seventh. He previously managed to win the ‘Miss of the season’ award after missing from two yards out! Even Harry Redknapp’s mistress could have scored that. The only disappointment that you could think about in this match has to be that Drogba’s name was not on the score sheet. Although he created two of the seven goals it would have been nice to see Drogba score as he is just one goal behind Wayne Rooney in the premier league scoring chart.

So it is Liverpool next then. Before the Manchester United match we scored 7 goals against Aston Villa and then won at Old Trafford. Looks like good omen’s to me. Next week is the crucial round of fixtures as both Manchester United and Chelsea are having away trips. The results of those will determine where the title is heading to as both the teams have home games on the last day of the season and should be able to win them.

Man of the Match: This is probably the last time I will be mentioning his name in this section because you have to be bonkers to be thinking that he will score a hat trick again in the premier league. It is Kalou. He might not score many but his opening goal was one of the most crucial one as it sent us on our way to a fantastic win.