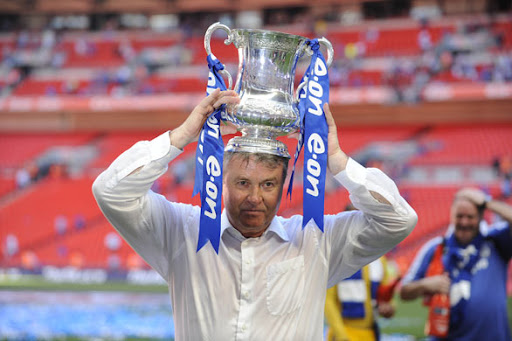 It’s Chelsea vs Portsmouth at Wembley on Sunday. You sometimes wonder whether Portsmouth should have been allowed to take part in the FA Cup let alone play in the final. That is because of the severe levels of mismanagement that has taken place at the South Coast club over the last few years under their chief executive, Peter Storrie. Portsmouth have debts of £138 million. Yes, £138 million. And that is for a club which has the smallest ground in the Premier League and one which has sold nearly £80 million worth of players in the last two years. But the FA and Premier League chiefs in order to protect the image of the Cup and the league have allowed Portsmouth to continue to participate in the tournaments. And here
they are, standing between Chelsea and the club’s first ever double. Former Chelsea manager, Avram Grant has guided the club so far in-spite of being relegated from the Premier League and troubled in recent times by off-field problems.

On paper, games cannot get easier than this. A team which is funded by a one of the richest men in the world and one which has won the League recently against a club which is in administration and have been relegated from the same league. It is quite literally the best vs the worst. It is for this same reason Ancelotti has called for focus and to remove any complacency that may creep into the players given Chelsea’s performance in the last match against Wigan.

‘We have to have respect for Portsmouth because they have been relegated but they deserve to play in this Final. On paper we have more quality but we have to play. If we play well we can win, if Portsmouth play better than us, then they could win. It was a normal week and we are focused for the next game, everyone knows how important this competition is. They are focused and we want to win this cup.’

Chelsea received an injury scare before the game with the news that John Terry might have broken a bone in his foot. But that fears now have been removed and Ancelotti has confirmed that Terry is fit to play. Whether Terry is fit or not, one thing Chelsea fans have to hope is for Chelsea players not slipping at the vital moment at either end of the goal. Such is the state of the much lauded £800 million Wembley stadium. Even non-league teams have better pitches than the one at Wembley. You really have to wonder how the Champions League final 2011 will be given it is hosted in Wembley. The initial reports given by teams that have played there a few days ago are not good. Non-league Wroxham played Whitley Bay in Sunday’s FA Vase final and the Wroxham secretary described the pitch as,

“For the professionals it will be very disappointing as many of them play on particularly good surfaces, they play at a far greater pace than our boys and it could cause problems. I don’t want to give the wrong impression but I certainly saw people slipping around,”

Ancelotti has told that he will probably be fielding the same side that started the last game against Wigan except for Ivanovic who is in a race against the clock after suffering an ankle injury. Paulo Ferreira, his replacement is more than a capable player to step into his shoes.

Jamie O’Hara who has been Portsmouth’s best player this season is struggling to be fit for the game. Boateng and Aruna Dindane are major doubts for Portsmouth. 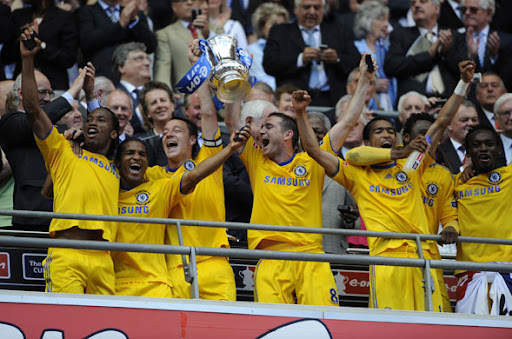 Avram Grant has never had the luck with neither finals nor penalties. Chelsea under his reign made it to the Carling Cup final only to be defeated by Tottenham, went to the last day of the 2008 season level on points with United but could only draw against Bolton and lost the Champions League final on penalties. Chelsea fans will be hoping that the luck continues. And if it does, Chelsea will be celebrating come the victory parade on the May 16th.

My Prediction: Chelsea to win 4-0