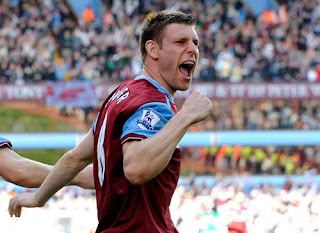 James Milner is the latest player to be linked with Chelsea. It has been reported in The Sun that Chelsea are going to battle with Manchester City to sign the versatile midfielder. Manchester City recently had their £20 million bid rejected by Aston Villa. It seems that City will be raising their bid to £30 million. Is Milner really worth £30million?

Yes, he has scored 12 goals this season and made it to the preliminary England squad for the
World Cup. But to pay such an amount for a player who was signed for just £12 million two years ago from Newcastle may seem justifiable only a club like City. Chelsea may seem a favourable destination in the eyes of the player but if Aston Villa are looking to sell, then they will surely look to get the most that they can for him. And I doubt whether Chelsea will enter a bidding war with City for Milner, because to be fair he is no Kaka.

And that has to be the player Chelsea need to sign in the summer. It is well-known that Ancelotti favours the diamond formation. He changed it during the latter stages of the season only when he understood that it was not working with the players at his disposal. It worked well at Milan because he had Kaka playing at the tip of the diamond. Now after a disappointing first season at Real Madrid there might be a chance that Chelsea can get him for a lot less than the £62 million Madrid paid to Milan in 2009.

Chelsea chairman Bruce Buck has also told that there won’t be any wholesale changes at the club. He said,

“Carlo has said two or three in and two or three out and he is very satisfied with the current squad. We can expect a couple of changes. Once we are really clear on the kind of vacancies we may have and what we want to fill, we will decide what kind of player we want.“

Ballack is set to have talks with Chelsea officials according to Skysports over his contract which will expire next month. There will be plenty of time until then for talks given that he will be missing from Germany’s World Cup due to the injury he suffered in the FA Cup final against Portsmouth. 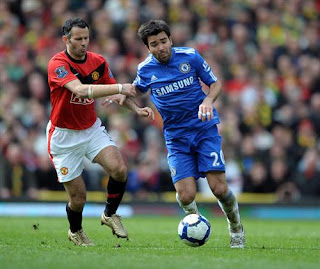 Deco looks set to leave Chelsea for a Brazilian club after just two years. He still has one year left on his contract but Skysports understands that he will leave the club under mutual consent after failing to hold down a regular place at the club. He will be remembered by the Chelsea fans for his initial 5 games with the club when he rolled back the years and showed some scintillating skills.

There is still no news about Joe Cole’s contract situation and with Cole likely to be making the final England squad which will be announced in the near future, there will be no time remaining for him to hold discussions. His departure seems more and more likely with every passing day.