in FA Cup, Match Report May 15, 2010 Comments Off on Chelsea vs Portsmouth: FA Cup Final Report 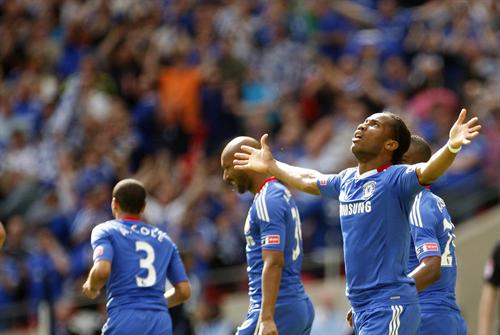 Chelsea have won the FA cup to record the club’s first ever double and things have not looked better than this in recent seasons for the blues. The victory provides a fitting finale to a great first season for Carlo Ancelotti. A season in which he has managed to eradicate the ghost of Mourinho that has haunted Stamford Bridge ever since he left Chelsea in 2007 by going one better than Mourinho because for all of Mourinho’s achievements with Chelsea he never managed to do the double. It also means that Chelsea have
won the FA cup 3 times in the last four years. Portsmouth have had extraordinary luck in reaching the final considering the state they are in, but for the best part of a hour it looked as though there was another FA cup magic on the cards.

Portsmouth billed as the underdogs going into the match could have easily conceded 5 goals in the first half if not for the woodwork. Chelsea hit the woodwork 5 times in the first half alone. Lampard was the first one to hit the post with a superb long range strike that just swerved wide at the end. Kalou then had one of the greatest misses in the FA cup history. With the goalkeeper stranded after a superb bit of play by Ashley Cole on the left hand side, Kalou managed to miss from 5 yards out and strike the bar. It was one of those misses that reminded of the fact that Kalou is not one for the first team starting place.

John Terry then headed across to hit the bar from a free-kick. Then it was Drogba’s turn to get in at the end of the act. His superb 30 yard free kick was tipped onto the bar. The ball was simply refusing to go into the net. At this stage you really thought that it was not going to be Chelsea’s day. 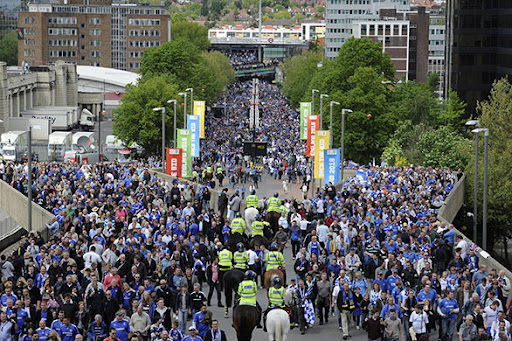 Things were made even worse when Belletti on for the injured Michael Ballack brought down Dindane. Boateng stepped up to take the penalty thereby giving his team an undeserved lead. But Petr Cech pulled out an amazing save with his leg to keep the score at level.

Then it was the turn of the man of the big moments to take centre stage in another cup final. Drogba was brought down 25 yards from goal and he scored with another one of his trademark free kicks which was a replica of the one he scored against Arsenal earlier in the season. Drogba has now scored the winning goal in three consecutive FA cup finals. Given that the Champions league final takes place in Wembley next season, if Chelsea were to make it to the final, then you can bet your money on Drogba scoring. He said,

“This is fantastic – we’ve achieved the Double. It was difficult to remain focused for the FA Cup after winning the title last weekend. I saw a little gap for the free-kick and although I hit the post again it went in this time.”

“To be the out-and-out record holder is a great achievement for me, I’m really happy. To do the Double here is fantastic and although this wasn’t the greatest of games we got the job done in the end. We did think it might be one of those games, but we’ve got great characters here and we pulled through.”

I said in the preview that Avram Grant is not the man to have if you want to win finals. This was yet another defeat for him in the last stage of a competition and you really do feel for him given his extraordinary achievement in taking Portsmouth this far. 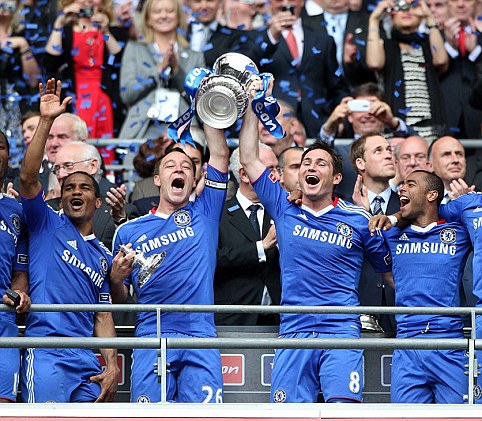 But the fact is that the better team deserved to win. And Chelsea were the better team for most of the match. As well as providing a great finale for Ancelotti’s first season, this match will probably prove to be the last for the great team that was assembled in the early parts of the Roman Abramovich era by both Claudio Ranieri and Jose Mourinho. With several players who have been an integral part of the team for nearly 6 years tipped to move on, this was the last time that the nearly team in the Champions League were to win together for one last time. For players like Michael Ballack and Joe Cole this victory gives another reason as to why they can celebrate as Chelsea players.

Man of the Match: When Chelsea play at Wembley there can always be only one person to win this accolade. That has to be Drogba. His 37 goals this season has without doubt guided Chelsea to the double this season.