in Manager News November 26, 2010 Comments Off on Carlos Ancelotti Set To Leave Chelsea? 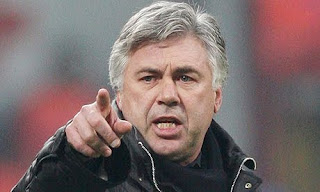 Chelsea has always been a team to be on the lookout for. Starting the season with a perfect run and defeating teams with a large margin of goals it seemed like they were unstoppable until these latest days.

A few weeks ago a disastrous Liverpool managed to defeat the Blues and ever since that match they haven’t seemed to recover. Last match Chelsea was overtaken by a team that is in the zone of relegation Birmingham and before that they lost against Fulham.

Fans from all over the globe are now nodding their heads and rumors have been going out stating that Carlos Ancelotti will be exiting Chelsea pretty soon. The former AC Milan coach recently told the press that he doesn’t have all the power and control that coaches like Jose Mourinho and Sir Alex Ferguson have over their respective clubs.

But despite all of their latest rumors and downfall they still remain at the top of the Premier League standings and still remain as favorites of winning it for another year, so it would be hard to believe that Ancelotti will be sacked and replaced with another coach simply because of a few bumps on the road that they have been dealing with.

The upcoming match for Chelsea will be against Newcastle and it will be a great way for The Blues to pick up the momentum they have had so far not only in the Premier League but also in the Champions League in which they have just advanced onto the next stages and will be one of the favorites to get the crown this year on.