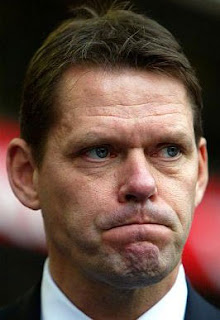 Chelsea FC has today confirmed that Frank Arnesen will leave his post as the club’s sporting director at the end of the season. Arnesen has been integral part of Chelsea’s recent dominance and it is really a fitting way to leave the club, with at least five new players coming through from the youth system.

Arnesen, even though criticised by various sections of the media and the public, seems to have done a decent job, or has he? A lot has been spoken about Chelsea’s new young players that include the likes of Gael Kakuta, Jeffrey Bruma and of late, the young Josh McEachran. However, it is worth having in mind that
all these players with the exception of Josh McEachran haven’t really performed or established themselves.

Even though Gael Kakuta and Jeffrey Bruma looked promising in the initial stages, they have gone off the boil and the radar of late. Hence, if looked upon well, the only success of the Arnesen era is Josh McEachran, who joined the club before Arnesen joined. Also, Arnesen was paid a hefty £ 5 million a year coupled with all those millions spent on the kids who didn’t perform. Even an average estimate of the amount spent for youth development would totally in a lot of millions. What have all these millions produced in return? One player!

One can easily sum up Frank Arnesen’s era at the club, Utter Failure!