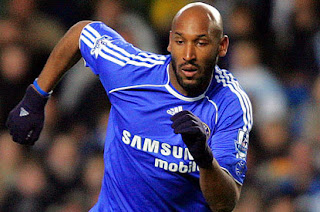 In a tell-all, Nicolas Anelka opened up to Reuters and disclosed that he had made up his mind to quit playing for France after the 2010 FIFA World Cup, even before he was handed the 18-match suspension.

In a tumultuous World Cup, the Chelsea star was hit with the ban by the French Football Federation (FFF) after he allegedly insulted manager Raymond Domenech during half time of their group match against Mexico, which eventually ended in a 2-0 defeat for France. After that match, the French players refused to train with the
manager and consequently, France was eliminated in the first round itself.

In a recent interview, Anelka told the Independent newspaper that he had retirement plans even before the face-off with the Manager. He quipped, ‘The truth is that I had told Domenech before the World Cup that I’d quit France after the competition whatever was to happen there.’

He also added that the federation wanted to come out of the situation rather nicely and that is the one reason why they had announced the ban of 18 games – something for which he clearly did not care for too much.