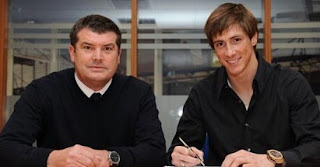 Chelsea have confirmed that Fernando Torres and David Luiz have signed for the London club. What a transfer deadline day it has been for Chelsea fans. To see two great players arrive for a total fee of £71 million is not something you can witness every day. Fernando Torres moves to Chelsea for a British record fee of £50 million, while David Luiz’s transfer to Chelsea is much more moderate at £21 million. Fernando Torres and David Luiz have been players of much interest to Chelsea in the last few years and it is refreshing to see Chelsea go out and spend like this. It very much reminds the early years of the Roman Abramovich era.

Chelsea fans were taken to the brink of nervousness with both these transfers after they were completed just minutes before the transfer window deadline. Fernando Torres’s move to Chelsea all hinged on Liverpool signing a replacement and when it arrived in the form of £35 million Andy Carroll from Newcastle United, Liverpool gave Chelsea the permission to talk to Torres. Chelsea left it late to seal the deal, but eventually it was completed just before the deadline. Fernando Torres has signed a five-and-a-half year contract worth around £175,000 a week. It makes him the highest paid player at Chelsea, surpassing the likes of John Terry and Frank Lampard. 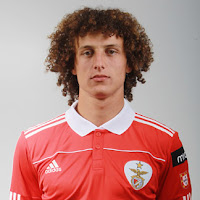 David Luiz’s transfer is the most surprising one after it was revealed that negotiations between Benfica and Chelsea had broken down. Initially, the two clubs could not come to terms with the amount of money being paid up front. However, it seems that Chelsea made a last ditch attempt to get him by paying £18 million of the £21 million fee up front. This transfer will also see Nemanja Matic, who was signed for £1.5 million, move to Benfica in the summer. David Luiz has also signed a five-and-a-half year contract and it is believed to worth around £80,000 a week.

One key player who has left Stamford Bridge amidst all these big money transfers is Daniel Sturridge, who has moved to Bolton Wanderers on loan till the end of the season. He has found first team opportunities limited at Stamford Bridge, with him being used as a super-sub and nothing else by Carlo Ancelotti. His move to the Reebok Stadium will provide some much-needed first team opportunities in the Barclays Premier League.