in Manager News, Transfer News May 25, 2011 Comments Off on Aguero Demands Move; Montolivo on Chelsea’s Radar

Finally, there seems to be something happening with regard to the Sergio Aguero situation after the Argentinean demanded a transfer from Atletico Madrid. The 22-year-old striker signed a new deal only in January, but after yet another disappointing season, he seems to have come to a decision of leaving the club. The best part about having signed a new deal is that his buy-out clause has been reduced from £52 million to £40 million. 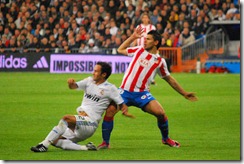 After having just signed 27-year-old Fernando Torres for £50 million, this amount of money will certainly not seem ridiculous by any standards. Signing Sergio Aguero is certainly not going to be very straightforward as the likes of Real Madrid, Manchester City and Liverpool are all linked with the talented Argentinean. Aguero said in a statement,

“After five intense years a stage in my personal development has ended and I have to move on to a new one.”

Chelsea are also linked with signing 26-year-old Italian midfielder,Riccardo Montolivo. He is not going to be the extravagant signing as he is going to be out of contract in 12 months time. However, given that Carlo Ancelotti is not at Chelsea anymore, the likelihood of him joining the club looks to be low as well. 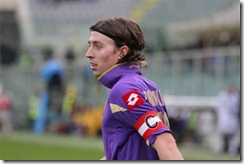 The possibility of signing these players will most likely be probable only if Chelsea have a world-class manager for the present managerial vacancy. It is slightly boosted by Porto’s admission that Andre Villas-Boas can be released from his contract for just €15million. Porto president Pinta Da Costa has said,

“I do not expect the exit of Villas-Boas, there is a clause price of €15million – but I am totally convinced that even if any club came in with the offer, he would reject the proposition.”

The possibility of getting José Mourinho and Guus Hiddink have definitely lowered after admitting that they are quite happy with their current job.