in Manager News May 22, 2011 Comments Off on Carlo Ancelotti Leaves Chelsea 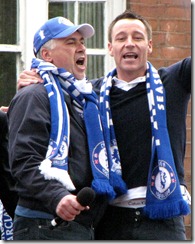 Carlo Ancelotti has officially left Chelsea after he was sacked only moments after the 1-0 defeat to Everton. It completes the miserable few weeks for the Italian during which his Chelsea future was under severe doubt following the trophyless campaign. Even though the talk of Ancelotti leaving Chelsea was being mooted by the press, many thought that this would actually be the time when Roman Abramovich decided to stick with the manager for once. However, it hasn’t been the case as Chelsea are left searching for a new manager once again.

It actually seems a bit illogical to have sacked a manager who won the Premiership and the FA Cup in his first year in charge. However, a critical analysis of the season will clearly reveal the fact that, despite having won the Champions League, Ancelotti didn’t make a few tactical changes that would have brought the best out of the team. Maybe, it is a thought that trickles down after having seen José Mourinho mastered the tactics during his time in charge of Chelsea. But it would become clear after a detailed analysis that Ancelotti did not have a plan-B at all. It was clearly the major downfall during his reign, which surprisingly was not evident during his first year in charge. 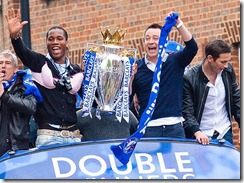 However, Carlo Ancelotti isn’t solely responsible as plenty of injuries and the lack of experienced players like Ballack and Joe Cole seems to have brought the inability to change a game using tactics. Chelsea FC posted the following message after his sacking:

Chelsea Football Club can confirm that Carlo Ancelotti parted company with the club today (Sunday, 22 May). The owner and board would like to thank Carlo for his contribution and achievements since taking over as manager in July 2009, which included winning the Double for the first time in the club’s history.

However, this season’s performances have fallen short of expectations and the club feels the time is right to make this change ahead of next season’s preparations.

Even with all these issues, it is fair to say that Carlo Ancelotti holds a great position in Chelsea FC’s history just for the fact that he masterminded the club’s first double last season. He also brought a sense of culture and dignity that was certainly not witnessed at this level in the last few years. It certainly gave the club a positive identity amongst the media, which you couldn’t have expected a few years ago. Carlo Ancelotti has definitely made Chelsea a lovable football club.