Drogba To Be Offered A New Contract

in Squad Updates May 31, 2011 Comments Off on Drogba To Be Offered A New Contract

Seems like Chelsea’s top hierarchy have finally accepted that there is life in the old Drog yet. The Sun today reported that Chelsea are set to offer a new contract for Didier Drogba that will keep him at the club for two more years. It should be just perfect for the 33-year-old. After the arrival of Fernando Torres, the future of Didier Drogba has been put to much debate. 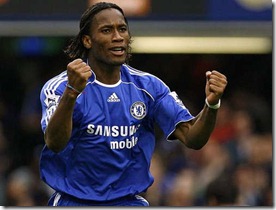 But one thing that cannot be doubted is that Drogba is one incredible goal machine. Especially with Fernando Torres yet to settle fully, having Didier Drogba around will be the best thing to do. He is expected to be offered a contract that will  increase his pay from £130,000 per week, although the final amount that is about the proposed to him is unclear yet. Also, this contract will be signed only after a new manager takes over.

Drogba’s decision to stay at Chelsea could also depend on the manager who takes over. There have been rumours that Van Basten has emerged as the favourite for the job, with Guus Hiddink in the sporting director role. Drogba has only one year left on his current deal.