in Transfer News May 11, 2011 Comments Off on Kaka Linked With A Chelsea Move, Again! 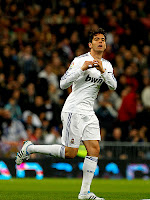 Kaka has been linked with a move to Chelsea in the summer yet again, but the source of this rumour is none other than his mum. Kaka’s mother revealed on Twitter that her son would be soon ending the Real Madrid nightmare with a likely move to London in the summer. She revealed this without actually mentioning the name of the club. However, it doesn’t take long to realise that Chelsea is the club that she is on about, although QPR could have something to say about this!

The fact that Kaka has been struggling for form and fitness ever since moving to Real Madrid has led him to being linked with a move to Chelsea, incidentally managed by Carlo Ancelotti. Ancelotti was the man who not only got the best out of Kaka, but also made him the World Player of the Year in 2007. Kaka revelled in the system specifically developed by Ancelotti to get the best out of him at AC Milan. Playing just behind two strikers, Kaka caused havoc to a lot of teams around the world and even helped Milan to win the Champions League in 2007. Things, however, have certainly changed a lot since then.

Now, would a reunion between the two be possible, especially with Carlo Ancelotti’s future at Chelsea being under severe spotlight? I severely doubt it, but if Kaka does come cheap, then he could be worth trying even with all the fitness worries. However, Real Madrid will definitely be out of their minds to sell a £60 million signing for cheap, even if the transfer didn’t work out as they would have hoped. With Carlos Tevez also being linked with Chelsea, could these two South Americans be the final answer to Chelsea’s formation and personnel problems?