in Manager News June 20, 2011 Comments Off on Chelsea Close To Appointing Andre Villas-Boas 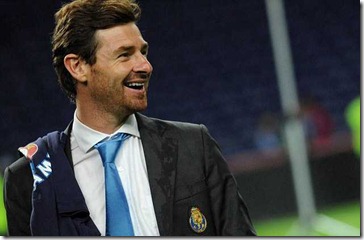 The 33-year-old has been dubbed by many as the next Mourinho, who moved to Chelsea in a similar manner during the summer of 2004. Villas-Boas was amongst the leading candidates linked with Chelsea immediately after the sacking of Carlo Ancelotti. However, the £13.2m release clause coupled with the Portuguese’s own admission that he would turn down Chelsea, cooled the rumours.

Now, it seems that Roman Abramovich is prepared to stump the amount and has also managed to turn Villas-Boas’ head. Reports suggest that he is heading to London to hold talks. Despite his lack of inexperience, he has almost managed to emulate Mourinho at Porto. However, age will be the biggest factor of concern with regard to this appointment. He is so young that some of the squad members like Lampard and Hilario will be seniors to him.

Would he be able to command respect to the squad members, most of whom have already worked with him and still remain at Stamford Bridge? He was the assistant manager to Mourinho during his time at Chelsea and followed him to Inter Milan as well. It also puts Hiddink’s role at the club at a slight confusion, especially given that talks are in an advanced stage with the Dutchman. 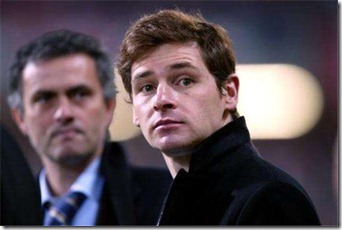 However, there can be no doubts over his credibility in terms of winning trophies. Like Mourinho, he is a coach who knows how to win. The only worrying factor, though, would be the style of play. Given his connections with Mourinho, it would be fair to expect functional football, similar to Mourinho’s, from the start. Either way, he definitely has all the credentials to become the next ‘Special One’.

I really hope that it starts but doesn’t end in the same way as Mourinho.