in Manager News June 4, 2011 Comments Off on Hiddink Refuses Commitment to Turkey

In one of the biggest developments in the search for the next Chelsea manager, Guus Hiddink, the undoubted favourite, has failed to commit himself to the Turkey job. Currently, the national manager of Turkey, Hiddink refused to commit himself to being the manager next season. The made these comments after the 1-1 draw with Belgium, while their next match is in September against Kazakhstan. 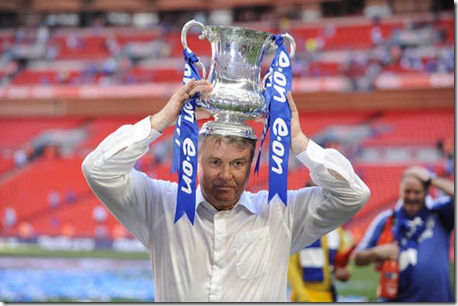 Only a few days ago he revealed that he would be willing to talk with Chelsea if an offer was made. Now, he has given the clearest indication that he is ready to take over. I guess that the odds of seeing him at the Chelsea hot seat next season would be dropped significantly after these comments.

When asked about his Turkey future,

“I’m not, at this moment, in that position. I always like to be very clear. I can formally say I have a contract until 2012. When there are issues we can always talk. That’s a very short answer, a clear answer.”

Amidst all of this talk surrounding the Dutchman, Mark Hughes emerged as another favourite. He resigned from his Fulham post only days ago, but I’d doubt if he would be Roman’s mind now. Hughes has clearly shown in the past (at Manchester City) that he isn’t capable of dealing with the big players. It was a huge jump from Blackburn for him and I’d suspect it would be the same again.

However, he is a Chelsea old-boy and there would be many eager to see him back at Stamford Bridge. But for now, Hiddink seems to be the undisputed favourite.