Another summer and another round of youngsters leave Chelsea. This time it is the highly promising Michael Mancienne who has left the club. Former technical director Frank Arnesen has managed to sign the player who has been with Chelsea since the age of eight. He made just four appearances for Chelsea, while he was good enough to play nearly 60 matches for Wolves. I know that Chelsea and Wolves aren’t really in the same league, but still, he could have certainly been used much better. 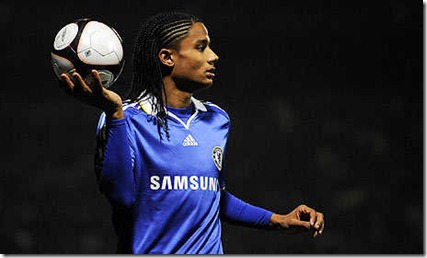 People often speak about the young players not coming through at Chelsea. It is not that they aren’t good enough, but the managers aren’t willing to play them due to the fear of loosing their own job. Hamburg and Chelsea seem to have agreed a fee of around £3 million, which is only a portion of the amount that would have gone into grooming him. It is not the case of Mancienne, but lots of other Chelsea youngsters who have just not been given proper chance

Another youngster who could be on his way is Jack Cork. It has been reported that Chelsea have agreed a fee of just £750,000 from Southampton and Blackpool. These are players who have been at the club since childhood and have fought their way through plenty of foreign imports. However, they will be leaving Chelsea without actually showing what they can do.

The club might as well stop spending money on youth development because, as far as I can see, it is only beneficial for teams like Wolves and Hamburg, who get to enjoy the finished article.