in Manager News June 22, 2011 Comments Off on Villas-Boas Appointed: Stability And Patience the Key

It has taken Chelsea exactly a month to find the successor for Carlo Ancelotti, who fell to the Abramovich’s axe on May 22nd. Andre Villas-Boas is the replacement, a decision that became clear a few days ago. The Portuguese will surely know a lot about Chelsea having already worked under Jose Mourinho from 2004 to 2007. He would surely find that little has changed apart from the addition of a few players. 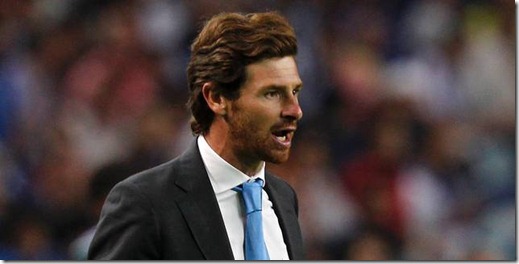 The same owner, the same recruiting policy, and the same firing policy remain. So, what is in it for the new man then? Just another man for sacking at the end of the season should a trophy-less one follow? I sincerely hope not.

Chelsea’s Chief executive Ron Gourlay might say that Chelsea don’t need stability, and might point to the 10 trophies that we have amassed in the last six years. However, calculating the amount of trophies we could have won had we kept faith in some of the managers is another thing. Sure, there were poor appointments in the form of Avram Grant and Luiz Felipe Scolari. However, there were good ones too in the form of Carlo Ancelotti, and not to mention, Jose Mourinho. I believe that we could have won the Champions League had Roman Abramovich done the same.

Either way, those opportunities have passed us, but there is still some salvation in the form of Andre Villas-Boas. Comparisons with Barcelona coach Pep Guardiola in terms of football ideologies seem inevitable, despite being a protégé of Jose Mourinho. One can expect high pressing game, simple passing football. If it was as effective as Guardiola’s, we could be in for a treat. In his first ever interview as Chelsea manager, he said,

“Don’t expect something from one man. Expect us to create a group dynamic of everybody getting together, with people getting excited with the motivation.”

Almost everyone has been speaking about the meticulous preparation that he puts in before every game. A glimpse of his opposition scouting can be seen in the Blue Revolution [DVD]

released by Chelsea FC a few years ago. Villas-Boas might be a gamble, but he is a gamble worth taking. Such has been his astronomical rise in football.