Andre Villas-Boas has been attracting a lot of good press since taking over at Chelsea, but the doubt remains with regard to his style of football. Now, the Portuguese has said that his Chelsea side will be playing open, attacking football. It is not only going to be welcome news for Roman Abramovich, but also to Chelsea fans as well. 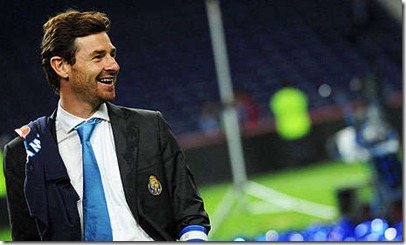 Carlo Ancelotti was probably the first proper Chelsea manager to bring attacking football on a regular basis. Even though there were at times during this season when the team looked devoid of creativity, many will remember his two years for the sack loads of goals we scored during the end of the double winning season. Villas-Boas strictly adhered to the attacking football philosophy back in Portugal, which is very unlike for a man who was under the shadow of José Mourinho for a long time. Villas-Boas said,

“Players can only achieve their true potential if they are not shackled and are able to stand on their own two feet. Creativity in my players is important. I love the unpredictable part of the game.”

The most difficult part in football, though, has to be implementing the thoughts. Only time will tell if Villas-Boas can make an impact as Pep Guardiola did at Barcelona a few years ago. Guardiola did not have any coaching experience at the top level before taking over at Barcelona. However, two Champions League titles in three years show that experience is a facet and not a priority in football. Villas-Boas could be no different.

Guardiola is different from Villas-Boas because he had the likes of Messi, Iniesta, and Xavi. Villas-Boas, though, inherits an ageing squad. One should also consider the massive age difference between the established players and the youngsters in the squad. The spine of the team has not changed since the days of Mourinho. The main aspect that this Chelsea side lacks in is pace. Pace alone can provide a great foundation for attacking and creative football. Falcao and Sanchez could provide just that.