Finally, Andre Villas-Boas has promised some spending on Chelsea’s part. So far, this summer is turning out to be a frustrating one. Yes, we signed Fernando Torres and David Luiz only six months ago, but still, to see the likes of Manchester United, Manchester City, and Liverpool spend big money – while we remain dormant – is hurting a bit. 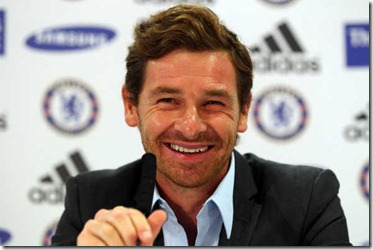 We are yet to make a proper signing, although it is not for the lack of interest in players like Modric and Lukaku.

Chief executive Ron Gourlay told that at least two new signings would be made within 10 days. Now, Andre Villas-Boas has given the biggest hint that we will finally splash some cash.

“The players we have shown interest in are young and looking to the future of the club but you might see similar moves in the future from us. It is one of the oldest squads in the Premier League. We respect them and we are happy enough with the quality that we have to challenge for the title but we are also looking into the future.”

While reading this, you may think that I may have gone bonkers. Yes, this Chelsea side is one of the fantastic around, but a replacement has been long overdue. So far, Roman Abramovich has restored to sacking his managers in the quest for the ultimate glory: the Champions League.

Maybe the problem is not with the manager and it truly lies within the players. This group players have been the constant entities at Stamford Bridge since 2004. Not many has been changed by the numerous managers who have come and gone since Mourinho. Maybe, it is time to give Villas Boas a chance to change the squad by adding more pace, more skill into the squad.

It is probably the one thing that Abramovich has not tried at Chelsea so far. I just hope that he does it this time around. Go on; splash the cash just as you did back in 2004.

There is plenty of time remaining in this transfer window. Even if Chelsea do not make the sort of extravagant signings like in January 2011, it is vital to bring in some new faces especially considering that the African Cup of Nations is also looming.