Romelu Lukaku has often reiterated his desire of playing for Chelsea. Yesterday, he moved one step closer to moving to Stamford Bridge after reports revealed that Chelsea had made a bid of around £18 million for the 18-year-old. 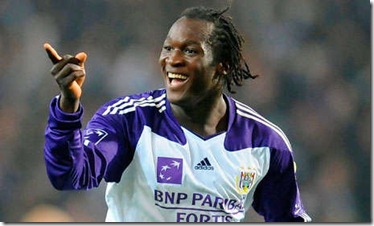 This may be a huge sum of money, but the potential resale value and comparisons with Didier Drogba seems to have convinced Chelsea over signing him. Lukaku is definitely not short of admirers, with clubs like Real Madrid and Arsenal already having enquired about him.

However, the player has made it clear that he wants to come to Chelsea more than anything else. Lukaku will provide a great physical presence when playing upfront, but it is not clear whether Chelsea will use him as a starter immediately. History may suggest that 18-year-old players do not stay at Stamford Bridge until they get proper experience, but the huge fee involved may mean that he is likely to stay with the first team.

Unfortunately, this has not been the case with our new goalkeeper, Thibaut Courtois. He will initially go on loan for the first two years of his deal, despite the huge fee of nearly £8 million, although he could be the replacement for Petr Cech in the future. 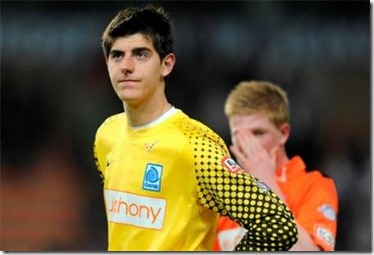 Lukaku’s signing, however, raises question over the future of other strikers like Daniel Sturridge, Salomon Kalou, Nicholas Anelka, and even Didier Drogba. Surely, Lukaku will not find himself playing out wide; his physicality does not make him the perfect fit for that sort of a role. Hence, the central position is the only position he is likely to play in.

Suddenly, Chelsea have a richness of strikers that will only pose the same complexity for Andre Villas-Boas just as it did for Carlo Ancelotti last season. To make matters worse, Anelka indicated that he is not willing to move this summer, but would be glad to do so next summer when he will become a free agent.

Last season’s staleness made everyone think that Chelsea needed an overhaul of the squad in order to compete for the domestic and European prizes. So far, it has not happened, but maybe it has just begun.

It is funny considering that exactly a year ago this same squad had won both the FA Cup and the Premier League. What a difference a year makes in football!