in Transfer News July 6, 2011 Comments Off on Chelsea Step Up Nasri and Modric Interest

Ever since Andre Villas-Boas took over, transfer stories have sort of gone off the boil. Now that the new man has got his moment in the spotlight, attention now shifts back to the transfer market. Only a couple of weeks remain before Chelsea head out to the pre-season tour. 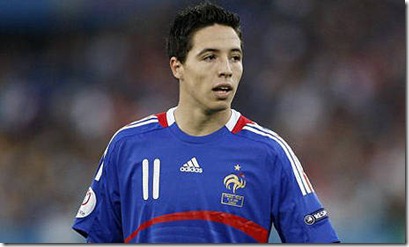 It will be great to have high profile signings for the pre-season tour, and both Samir Nasri and Luka Modric fall under this category. The transfer rumour mill is certainly hot now with rumours linking both with Chelsea.

Manchester City were reportedly close to signing Samir Nasri, but Chelsea’s late entry totally changes the situation. This is Chelsea’s first proper interest in the Frenchman, who has just 12 months left on his contract. Manchester City reportedly agreed a fee of around £19 million, which represents incredible value for a player, who many saw as outstanding during the first half of last season.

Even though he tailed off during the end, mostly it was due to playing out of position. These, along with his desire to win trophies, have made him the top transfer target for Manchester City, Manchester United, and Chelsea.

Hence, Chelsea must see off both City and United for his signature. The rewards, though, could be handsome. It gets even more impressive considering that he is only 24 years old.

Chelsea’s interest in Luka Modric has been well-documented, but Tottenham are refusing to budge on their decision not to sell him. Of all the parties involved, Spurs undoubtedly have the upper hand. Modric still has nearly 5 years left on his contract, and he surely will not sulk this long should Tottenham block his much desired move.

Therefore, Tottenham can afford to play hardball over the Modric situation; after all, they are past masters at this. Just look at the handsome profits that they made on Michael Carrick and Dimitar Berbatov after adopting similar tactics.

However, in their quest to return to the Champions League, changes to their transfer policy should not be surprising. This truth might have made Chelsea look elsewhere for creative midfielder, eventually stumbling upon Samir Nasri.

Seeing off Manchester United might be easy, as they have already spent vast amounts of money. However, the same does not apply to City, who will definitely look to make an eye-catching signing before the transfer window closes.

Either way, both are excellent midfielders, who can undoubtedly improve the quality that is already present at Stamford Bridge. Both transfer targets hold different complications, and only time will tell if Chelsea are successful in their pursuits.