in Transfer News July 16, 2011 Comments Off on Scott Parker, Reo-Coker And Jenas To Chelsea? Seriously?

Never before in the last few years has Chelsea’s transfer department been so busy. Yes, we have signed players in the past, but the number of players closely linked with a move to Stamford Bridge is astonishing. At one end of the scale, there are the likes of Modric and Aguero. However, the injury to Essien and the club’s inability to fill the full quota of 25 players last season means that the likes of Scott Parker, Nigel Reo-Coker, and Jermaine Jenas also seem to be on the radar. 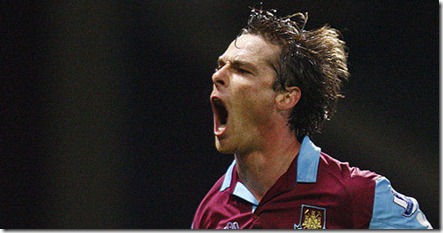 Scott Parker is an interesting choice; he is looking to continue playing in the Premier League and West Ham do not want to lose him. Hence, there is a big possibility of signing the former Chelsea man on a loan deal. However, it is now thought that Aston Villa are ahead of Chelsea in the race. They are prepared to sign him permanently instead of the loan deal that we are offering.

I guess that would leave it to Nigel Reo-Coker and Jermaine Jenas. Signing these players just because they cost less might seem ludicrous. However, they are quality players who did well only a few years ago before being overshadowed by new arrivals at their clubs. They also become important because we will lose the African stars for the 2012 Africa Cup of Nations.

Josh McEachran and Ryan Bertrand signing new deals might be welcome news, but honestly, they are unlikely to feature regularly. Relying on the young players has never worked at Chelsea, or it is something that has not been tried yet. We have always relied buying as the only option to make ourselves competitive and I’d doubt if that would change too much under Andre Villas-Boas. Given that there are only four senior players coming under the ‘homegrown’ quota, it would be great if the new signing was English.

Hence, while the likes of Ron Gourlay discuss a potential £30 million move for Luka Modric, Michael Emenalo will probably oversee these less glamorous signings. Either Reo-Coker or Jenas would be a great addition to the squad.