After making four signings for close to £50 million this summer, Chelsea are set to continue the spending spree with another £16.5 million bid for FC Porto wingback Alvaro Pereira. 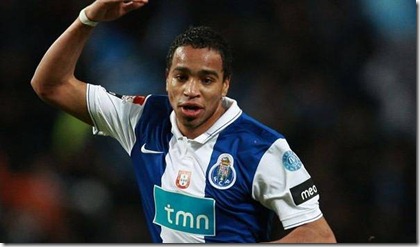 Alvaro Pereira is an attacking wide player, who is more than capable of replacing Florent Malouda on the left. According to the Daily Mail, Chelsea are reportedly keen to offload the French winger, who arrived at Chelsea for £13.5 million in 2007. Daily Mail reports that we are ready to sell the French winger for just £5 million.

At just 25 years of age, Alvaro Pereira is a perfect buy for Chelsea. He is capable of playing in the defensive positions, while playing further up the field is also something that he is quite adept with. In short, he is the perfect replacement for Zhirkov: someone who can do a job when called upon.

Even though his release clause is at £25 million, it is highly unlikely that Chelsea would be willing to conduct any talks at that price. The same now seems to apply for Modric as well. We are already looking at other options, with the likes of Raul Meireles or Joao Moutinho on the cards.

A Chance to win amazing prizes. Click here to read about the Yahoo! Your Goals Competition
2011-08-24
+Bharath Ram