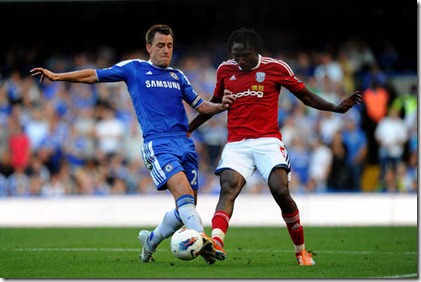 Formation: Roy Hodgson used the traditional 4-4-2 formation, although West Brom played a formation very similar to 4-5-1 when they did not have the ball.

Man of the Match: Nicolas Anelka – he scored Chelsea’s first goal and came close on a few other occasions as well. His movement was good and was one of the few who became brighter as the match wore on.

Get the reactions from the match here.