Andre Villas-Boas takes over his first game in charge at Stamford Bridge, as Chelsea entertain one of our favourite opponents – West Brom. Last week’s draw against Stoke was by no means a bad result, but it could become one should Chelsea fail to win against West Brom as well. 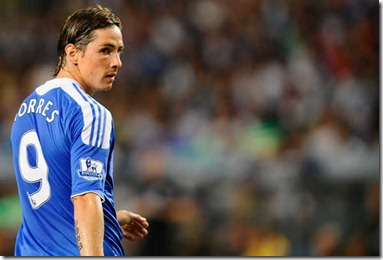 We started last season with a 6-0 win over West Brom, but it will certainly be a lot tougher this time around. West Brom – managed by Chelsea’s current assistant manager Roberto di Matteo – had just returned to the Premier League, but they have certainly made good progress under Roy Hodgson.

However, it seems that he cannot make his team maintain clean sheet. West Brom had only two clean sheets throughout last season, which certainly does not read well to their hopes of getting anything from this game.

This is probably the perfect game for Fernando Torres to kick-start his Chelsea career, as he looked very much like his old self against Stoke. The form shown by Torres, though, gives Villas-Boas another problem: keeping Didier Drogba happy. I once again expect Torres to start the game, with Drogba on the bench.

January 2, 1978 was the day West Brom last took any points off Chelsea. It has been one Chelsea win after the other since then.

One of the major problems for Villas-Boas is the injury to Petr Cech – who could be out for four weeks at the most. However, the international break that starts from next week onwards could not have come at a better time. Either Hilario or Ross Turnbull could start the match, although I suppose it will be the former due to his experience.

There is a slight chance that new signing Lukaku could be included into the squad.

Chelsea played with three traditional strikers – Torres, Drogba, and Anelka – during the last 25 minutes against Stoke. It would be interesting to see if Villas-Boas decides to go for the same from the start itself, which will not be surprising given Kalou’s poor performance against Stoke.

My prediction: Chelsea to win 3-0