Chelsea vs West Brom Reactions: AVB Tactics Does The Trick

in Opinions August 21, 2011 Comments Off on Chelsea vs West Brom Reactions: AVB Tactics Does The Trick

What a way to get the first victory, and I cannot say anything more than. Footballers is a game of two halves and it was none more so demonstrated by yesterday’s match more than anything else. The way Chelsea played in the second half against West Brom was nothing short of brilliant, but the same cannot be said of the first. 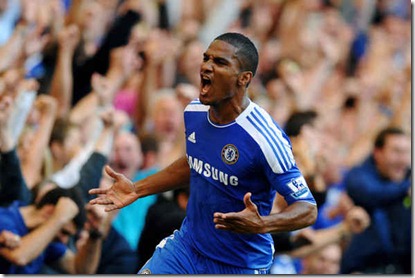 I really don’t know what the players were thinking when they stepped onto the pitch; passes were going astray and the defending was horrific. Visiting teams do not often take advantage of such lapses, as our play usually improves after a few minutes. Against West Brom, though, it was very different as Shane Long took advantage of Alex’s mistake to score as early as in the fourth minute.

You would have thought that it would be enough to wake up the players, but you would have been wrong if you have thought so because Chelsea continued to lumber ahead. Andre Villas-Boas had managed Chelsea only for around 120 minutes, but already, serious questions were asked of the manager. The response came in the form of a substitution in the 35th minute, which very much reminded me of the José Mourinho days.

Mourinho was never afraid to make a change even after 10 minutes, and AVB proved that his disciple was not too different either. Salomon Kalou had started his second consecutive game, but he was even worse than in the match against Stoke. Naturally, he was the man to make way for Florent Malouda. Despite this change, our play improved only a little, although they were considerably on top going into the half-time break.

We had a total of 24 shots during the match, but I presume most of it came during the second half because it was 40 minutes of exhilarating football from Chelsea.

In the second half, wave after wave of attacks hit the West Brom defence and they finally cracked open. Nicolas Anelka scored in the 53rd minute, although he was largely helped by a deflection. It was his first goal since February. Once Anelka had scored, it seemed to be a question of only time for the arrival of the second goal. It came through Bosingwa flashing a lowball across the face of the goal, which was turned in by Florent Malouda with 7 minutes of normal time remaining.

Villas-Boas had the first victory in the bag, although he was made to work quite hard than he would have imagined. The tactics and substitutions clearly show that AVB is no slouch, and he could very well be the perfect Jose Mourinho replacement that we have been searching for.

“Today it was a very emotional game and the emotional part of the game was the main difference from the first half to the second half. In the first half, we suffered a little bit with anxiety because we conceded the first goal too early, and we couldn’t express ourselves.

“We had a fantastic second half and played in their half and created numerous opportunities. We were dominant like we should have been in the first half.”