The age of the Chelsea squad has often been at the centre of attention and Roman Abramovich seems to have chosen the easy way round it: spend. 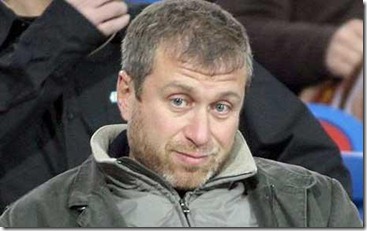 The year 2011 has seen an incredible amount of changes done to the squad that very much reflects the initial years of the Roman Abramovich era. Around £50 million has already been spent on the squad this summer in addition to the £75 million outlay that Roman Abramovich sanctioned in January. The spending spree is definitely not over, as the transfer of Luka Modric could potentially add another £30 million to the bill.

Obviously, this is just pocket change for a man who has just blown almost £500 million on a boat, although some would prefer it to call it as the largest yacht in the world.

It is incredible amount of money that simply gone unnoticed given the frantic transfer activity amongst the trio of Liverpool, Manchester United, and Manchester City. Now it seems that Chelsea are targeting Porto right-back Alvaro Pereira as a replacement for Yuri Zhirkov.

However, it has to be noted that only one of the £125 million spent so far has gone to a player over 25 years of age; he is Fernando Torres. It clearly shows that Chelsea are definitely looking to the future, which is important especially given that the UEFA Financial fair play rules coming into effect soon.

One big question that needs to be answered is whether Chelsea can replicate the same kind of success by buying a huge quantity of players over a short period of time? Has it brought the right dividends?

It is too early to tell, as only two of the six signings have played for the club so far. This season would be a great tool to calculate if Roman’s money has been invested wisely, or if it has done down the drain. This spending spree would only work if some of the players like Kalou and Ferreira leave the club. They have spent too much time at the club without doing anything.