in Transfer News August 18, 2011 Comments Off on Chelsea’s Offer For Mata Rejected; Modric Getting Closer

Last week Andre Villas-Boas spoke about the need for two more midfielders, and it looks like Chelsea have stepped up their interest in securing the same. Chelsea’s interest in Luka Modric is well documented, but the manager spoke about signing a new winger. It seems that the club has zeroed in on Juan Mata. The Valencia winger was linked with Arsenal a few weeks ago, but Arsene Wenger recently confirmed that their interest in the winger has ended. 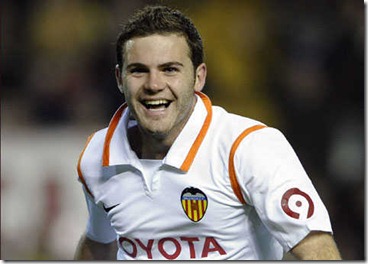 A good quality winger is at the forefront of our needs especially considering two factors: Florent Malouda’s age and Salomon Kalou’s poor performances. Kalou often does well in one out of the 10 matches he plays, which is not the sort of quality we are after.

Mata, though, is very different at least in terms of La Liga form. He has everything that you can ask from a wide man -pace, skill, low centre of gravity and excellent crossing. He scored nine goals last season and also contributed by the way of 15 assists as well.

A £22 million buyout clause in his contract lapsed only a few weeks ago, which may have been the primary reason for Arsenal withdrawing from negotiations. However, it is unlikely to prevent Roman Abramovich from missing out on the player. Chelsea’s initial offer of £18 million plus £4 million in add-ons seems to have been rejected.

The transfer window shuts in just more than 10 days, so Chelsea will likely increase the bid in the coming days. According to Skysports, Valencia are reportedly holding out for £25 million.

Luka Modric’s situation also seems to be turning in favour of Chelsea after Harry Redknapp admitted that he would be willing to let the midfielder go for around £35 million. This is certainly not too far away from Chelsea’s valuation. A swap deal involving either Salomon Kalou or Yossi Benayoun has also been mentioned a lot.

One should certainly not be surprised by this, as this is very much reminiscent of the situation that Tottenham put themselves in during the transfer embargo involving Dimitar Berbatov. Tottenham Chairman Daniel Levy clearly knows that the price increases as the transfer deadline nears.