Chelsea have unveiled the third kit for the 2011-2012 season, and it is pretty disappointing to be honest. The kit is mainly in white colour, but with one stripe of navy blue and yellow. On initial looks, I first thought that Lampard had made a move to either Real Madrid or Fulham! 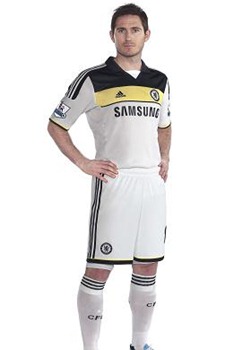 Perhaps, it is only me who thinks that this kit is not so good. It may be only time before I get used to it. 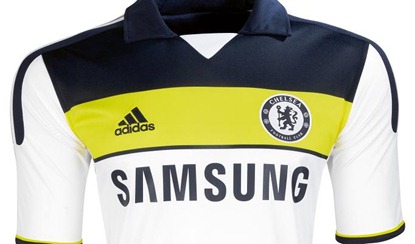 As usual, this kit will be available with all the Adidas technologies. Chelsea have not revealed any reasons for going for three different colours in one shirt. We have been used to having only either one of these in our past kits.

The Chelsea FC third kit for the 2011-2012 season will be available from 25th of August, but it is right now available for pre-order on the Chelsea Megastore.